Guitars are just a collection of various parts and components assembled together by a guitar maker.

But what if you could completely change up your guitar at will, swapping out the body, neck, pickups and even the fretboard for other parts to give you the equivalent of several different instruments in one?

That’s the idea behind Somnium Guitars. The patented design lets players interchange the pickups, body styles, bridges and fretboards to create a completely different guitar whenever they want.

The guitars are made from individual machined components that are user-interchangeable. Somnium says one guitar can be reassembled and transformed to another in less than a minute without tools and without even having to remove the strings. The instrument uses a quick-change pickup cartridge that allows swapping and inverting of any pickup configuration within seconds. In addition, the detachable bodies make it possible to carry the instrument in a shorter and more compact case, and to bring several body styles with you.

Somnium introduced its guitars at winter NAMM 2017 and the individual USA-manufactured components will be available soon. You can check out the Somnium in the video below from Music Worth Buying.

Christopher Scapelliti is editor-in-chief of Guitar Player (opens in new tab) magazine, the world’s longest-running guitar magazine, founded in 1967. In his extensive career, he has authored in-depth interviews with such guitarists as Pete Townshend, Slash, Billy Corgan, Jack White, Elvis Costello and Todd Rundgren, and audio professionals including Beatles engineers Geoff Emerick and Ken Scott. He is the co-author of Guitar Aficionado: The Collections: The Most Famous, Rare, and Valuable Guitars in the World (opens in new tab), a founding editor of Guitar Aficionado magazine, and a former editor with Guitar World, Guitar for the Practicing Musician and Maximum Guitar. Apart from guitars, he maintains a collection of more than 30 vintage analog synthesizers. 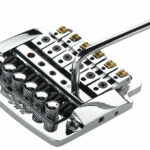 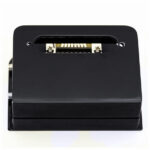 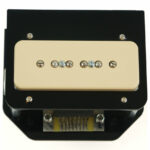 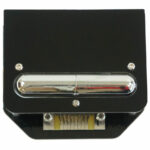